Now a sophomore in high-school, Eric‘s class projects are all about fusion power and what it would mean for our planet.

While most of his school peers don’t understand the importance of energy for their future, Eric remembers first hearing about cold fusion when he was around 8 years old – from his dad.

James Martinez interviewed this young man on his Ca$h Flow show Thursday Dec. 2, and asked Eric how his interest on Cold Fusion became sparked so strongly.

Earth is currently ranked as a Type 0 civilization, since we are still using fossil fuels. Eric estimated that about roughly 180 petawatts, or 180 quadrillion watts, of power is available to our planet, but the human race only uses about 10 terawatts, or ten trillion watts of power.

Showing more understanding than most adults, this remarkable 10th-grader notes that “energy needs grow exponentially“. He quotes Michio Kaku as saying we could be a Type 1 civilization within 100-200 years, and it’s fusion power that can take us there.

This is what prompted his study of nuclear physics and cold fusion.

Initially, his teachers at school were surprised to hear about the cold fusion effect, and like most people, were worried about the effects of radiation. After they learned there is no dangerous radiation emitted like in hot-fusion reactions, and no radioactive waste generated like conventional nuclear fission, Eric’s teachers now fully support his cold fusion research projects.

It was Jed Rothwell’s book Cold Fusion and the Future that influenced his ideas on how cold fusion technologies will change our planet. 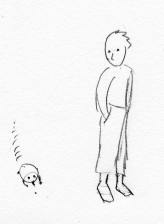 Eric believes that the first applications of this technology will be home-heating and transportation, and that the electric grid will be obsolesced by smaller decentralized power units. While there will most certainly be disturbances from the implementation of this new technology, overall, he said, “the positive effects will far outweigh the negative effects.”

He also learned from his father that the reason cold fusion energy science has been marginalized was because older scientists have trouble accepting new ideas. This is why Eric is careful about choosing a college to attend: he wants to go where cold fusion science has supportive professors so he can eventually “work with the leaders in the field, who know the most information.”

With kids like this riding the wave of new energy science, hope remains strong for a positive future on this planet. We look forward to hearing more from this young man, and others like him.

It’s up to us grown-ups to put our youth on the right path of discovery and invention, fully engaging them to find the solutions so desperately needed on our planet today. Perhaps there’s someone in your local school who is waiting to be inspired.

Listen to the interview with this amazing young man by going to the Cash-flow archives for Thursday, December 2, or, download the .mp3 directly from our Cold Fusion Now audio page and be inspired to make a difference yourself.